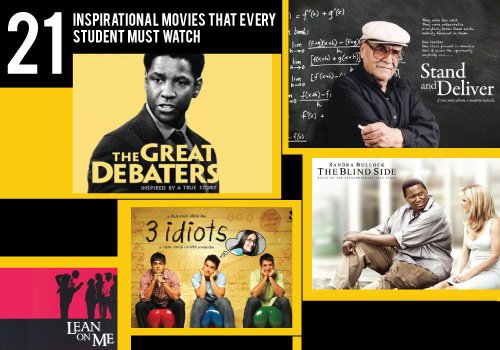 Traditional classroom teaching alone cannot motivate every student. Given that children love entertainment, inspirational movies are an effective and easy medium to motivate them.

If you are a teacher or a parent, you might understand this very well. It is essential for students to feel affection towards learning.

It is not difficult to screen a movie today. We have smart classrooms with projectors and screens. Here are some good inspirational, educational Hollywood & Bollywood movies that can motivate students from schools and colleges alike. These teach students the value of hard work and proper education.

Here is our list of best inspirational movies of all time for students:

Cast & Crew: Good Will Hunting boasts an illustrious cast including Robin Williams, Ben Affleck, Matt Damon and Stellan Skarsgard. This American film was written by Affleck and Matt Damon while it was helmed by Gus Van Sant.

Story: Matt Damon played the title role of a 20-year old young man. The hero is gifted with high potential in mathematics and chemistry but doesn’t realize what his potential can offer.

The film will inspire students to discover hidden talents they have.

Cast & Crew: Starring Denzel Washington, “The Great Debaters” is an inspirational American movie movie released in 2007. It was directed by Denzel Washington himself and its producer was Oprah Winfrey.

Story: It is based on an article written about the Wiley College debate team.

Thinking of teaching or training others? This movie is the dramatic retelling of the true story of Melvin B. Tolson, a professor who inspired his students to challenge Harvard at the debating championships.

This is a heart-warming tale to lift the study spirits of the students, especially if they have been inspired at some point by a wonderful teacher who saw their potential.

Story: Do you need a second chance at study or your career?

Based on a true story, Lean on Me is a dramatized biographical film An unorthodox teacher returns to the idyllic high school from which he had been fired as the principal, only to find it devoid of the success it used to be.

This movie will help build you up and get you through that pile of study! There is nothing like a true story to really lift your spirits.

Story: Sometimes study does not come easily – often we need to learn to “set the mode”.

The Paper Chase focuses on the hardworking and studious James T. Hart who faces many challenges during his first year at Harvard. The movie is perfect for anyone struggling and finding it difficult to keep the motivation alive.

Story: The film is inspired by the true story of the MIT Blackjack Team as told in Bringing Down the House, the best-selling book by Ben Mezrich.

There is a typical situation: a talented student entered Harvard University, but he has to demonstrate his unique experience no other students have in order to get a scholarship.

Taking into account the fact that last year this scholarship was won by a student from Korea who had no leg, this task appears to be not easy at all. But the student is lucky to meet a math teacher who has noticed his talent to count and offered an unusual deal to him…
If you don’t know what to write in your motivation letter for all professors to notice you, this movie is a real must-watch for you then.

Story: This Tom Hanks movie tells the inspiring story of a man with low IQ who achieves many incredible feats. He wins the Medal of Honor for bravery, becomes an expert Ping Pong player, inspires the famous dance of Elvis Presley, and makes money by selling shrimps.

It is a truly inspirational story that every student should watch. The movie conveys that nothing is impossible if you are willing enough. There is a famous in the movie – “ Mama always said life was like a box of chocolates. You never know what you are gonna get”

Story: This Movie depicts the story of Stephen Hawking, the greatest cosmologist and physicist of our time. As a brilliant student of Astrophysics, he shockingly learns that he is suffering from motor neurone disease. Doctors predict just 2 more years for him to live.

But, he remarkably defied medical calculations and went on to live up to 76 years of age. During this period he became the famous man he is today with his eminent contributions to the world of Cosmology and Physics.
This movie is inspirational for all students, especially ones with special needs. There simply isn’t a boundary for what you can achieve with what you have.

Story: This inspirational sports drama portrays the real life story of America’s baseball icon Jackie Robinson. He was the first Black player to feature in the Major League in the Modern Era.

The movie can teach students a lot about racism that was in practise in the USA. It can help students understand how difficult it can be to overcome challenges and why they should persevere.

Story: This Inspirational Hollywood movie shows the journey of Mark Zuckerberg from a Harvard student to a multi-millionaire is really an inspiring one for everyone; it might inspire you to become an awesome genius like the man himself. The Social Network, tells that every student can turn their dream into reality.

Story: This movie is about how 5 students from different backgrounds end up together for a detention and open up to each other.

The Breakfast Club shows that students can find friendship in the most unexpected ways. Regarded as an evergreen teen cult movie, it is a must watch for every student.

Cast & Crew: This movie was directed by Richard LaGravenese and featured Hilary Swank and Patrick Dempsey

Story: “Freedom Writers” is an inspirational movie based on a young teacher who inspires her troublesome class to pursue studies even after high school. She has to contend with at-risk students who are divided among themselves, opposing teachers, struggling marriage and money shortage.

Students who watch this movie are bound to see their teachers in a new light.

Story: Robin plays the character of John Keating, an English teacher who surprises everyone with his unorthodox teaching methods and creates a lasting impact in the hearts of his students.

Story: This movie is based on the real story of a high school mathematics teacher named Jaime Escalante.

It shows how an idealistic maths teacher supports his “no-hoper” students to study by adopting unusual teaching methods. “Stand and Deliver” is really an inspirational movie for those who think they are hopeless in their studies.

Cast & Crew: It’s an American comedy film released in 2001. It was written by Karen McCullah Lutz and Kirsten Smith and directed by Robert Luketic. Reese Witherspoon played the leading role.

Story: Legally Blonde movie depicts the story of Elle Woods; a sorority girl who goes to Harvard Law School and breaks stereotypes after her boyfriend dumps her. She shakes off the typical “dumb blonde” image and gains the respect of her fellow students, teachers and finally, her official peers.

The message conveyed by this movie is that we have greater potential than we think, and it’s possible to make full use of it if you put in the effort

Cast & Crew: Actor Sean Astin played the role of Daniel in the movie. It was directed by David Anspaugh

Story: This movie is based on the life of Daniel “Rudy” Ruettiger, who dreamt of playing football at the University of Notre Dame despite his father, teachers, neighbours and almost everyone he knows tell him he doesn’t have the physical and mental attributes required to make it to Notre Dame.

But after years of hardship, the underdog becomes triumphant. What makes this movie different from other underdog movies is the focus on the central character and attention to details.

Cast & Crew: The Blind Side is an American biographical sports drama film written & directed by John Lee Hancock in 2009. Sandra Bullock starred in the leading role.

Story: It is based on the real story of Michael Oher, who was adopted by a loving, supportive family – the Tuohys. Leigh Anne Tuohy and her husband Sean offer him shelter for a day and extend their welcome indefinitely.

Leigh Anne discovers Michael’s strengths and helps him understand his strengths better. This in turn has a positive effect on his football skills. Finally, he becomes a successful football player, with strong support from the Tuohy family despite going through some rough patches.

Cast & Crew: Helmed by Gabriele Muccino, this biopic featured Will Smith and his son Jaden Smith as Chris Gardner and his son respectively.

Story: The Pursuit of Happyness is an American biographical drama film based on the life of entrepreneur Chris Gardner directed by Gabriele Muccino in 2006.

In this movie, Will Smith plays the role of Gardner who goes from being a homeless salesman to the owner of a brokerage house with his sheer determination and will power.

Cast & Crew: This is an American musical comedy movie directed by Richard Linklater, written by Mike White and produced by Scott Rudin in 2003. Jack Black played the leading man.

Story: In School of Rock, actor Jack Black plays the role of a failed musician Dewey Finn who has been kicked out from the band. Facing depression and needing money, Dewey takes up a temporary teaching job. He discovers a bunch of talented youngsters there and tries to form a rock band with them to enter a local competition and to put him back in the spotlight.

Story: This movie focuses on an inner city middle-school teacher who becomes friends with one of his students after she finds out that he has a drug habit. As compared to other movies based on good teachers, Half Nelson tells the story of ordinary people facing genuine problems but still maintains hope.

Cast & Crew: It’s an American comedy movie, directed by Shawn Levy in 2013, written by Vince Vaughn & Jared Stern and it was produced by Vaughn and Levy.

Story: The Internship is about Billy and Nick, two middle-aged salesmen, played by Owen Wilson and Vince Vaughn, who lost their jobs due to the arrival of digital age and how they manage to get a chance to do internship with Google and prove their worth.

Cast & Crew: Educating Rita is a British drama/comedy film of 1983 directed by Lewis Gilbert. Its screenplay was done by Willy Russel based on his 1980 stage play. Micheal Caine, Julie Walters and Maureen Lipman were the main actors.

Story: The film focuses on the unhappiness of a girl named “Rita” working in a blue-collar environment. She lives with her husband who wants her to stop her educational quest. But Rita strongly believes that education can give her a better life and happy future.

Cast & Crew: Starring Denzel Washington, “The Great Debaters” is an inspirational American movie movie released in 2007. It was directed by Denzel Washington himself and its producer was Oprah Winfrey.

Story: It is based on an article written about the Wiley College debate team.

Thinking of teaching or training others? This movie is the dramatic retelling of the true story of Melvin B. Tolson, a professor who inspired his students to challenge Harvard at the debating championships.

This is a heart-warming tale to lift the study spirits of the students, especially if they have been inspired at some point by a wonderful teacher who saw their potential. 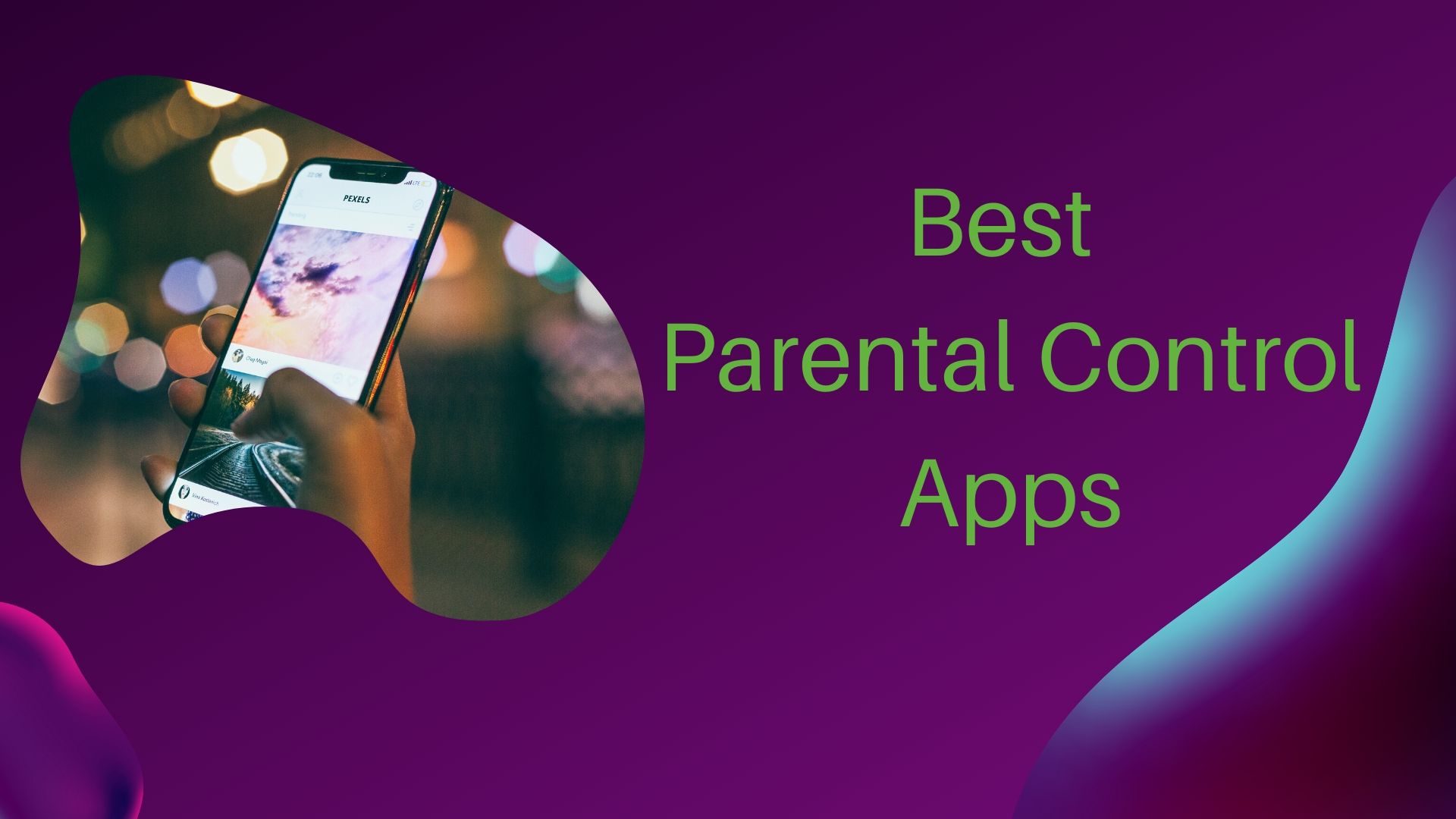 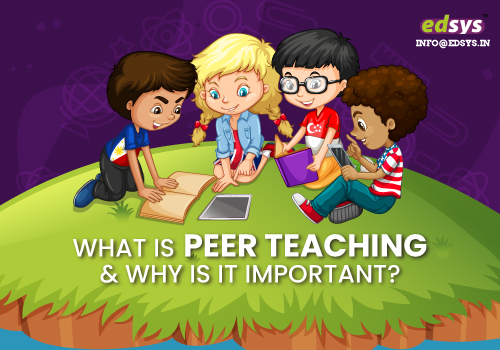 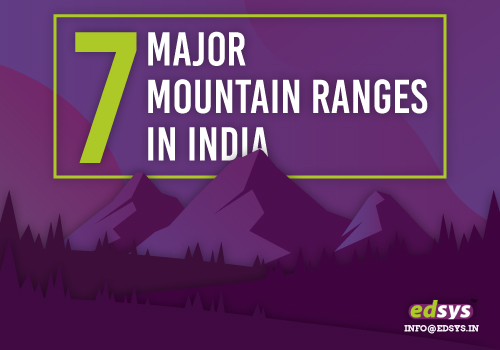