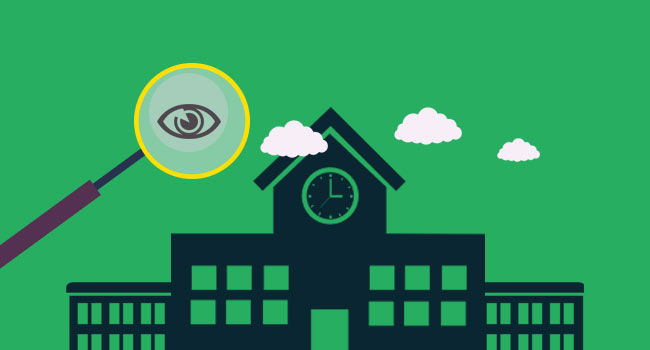 As you are probably aware, Knowledge and Human Development Authority aims at upgrading Dubai private education sector to international standards.  This government institution issues KHDA ranking to schools after conducting strict inspections regularly. The rankings thus procured speak about the quality of schools.

KHDA usually informs schools about the inspection three weeks ahead of schedule. Obtaining a better ranking in KHDA is a licence for schools to hike their fees. This is to encourage schools to maintain their educational standards

Ratings of KHDA and fee hike depending on it

Schools get three weeks time to make necessary changes for better ranking. Instructions are given to teachers, students and schools staffs for better behaviour. The sole purpose of rehearsals is to impress the inspectors.

Yes, you heard it right. To reassure that everything is well-organised, schools conduct mock drills of the inspection. Hiring fake inspectors for mock drills is a common practice.

A school borrowed maths teacher from another school, as its own teacher did not have eligibility criteria.

“Teachers from our sister institutions double up as dummy inspectors and come to our school where they hold several rounds of mock inspections to iron out the kinks. It’s like a fire drill, but more exhaustive,” said a teacher

There are more tricks

Certain schools even change the seating arrangement during inspection. Bright students are placed at back rows, average students at front and below average in the middle rows. It’s a psychology that the inspector asks questions to the last benchers. Even if they are unaware about the answer, students should raise their hands.

Schools told some 11- grade students to showcase a skit for the morning assembly during the day of inspection.

“The school wanted to show that such skits are a routine feature. The fact is they’re not,” said a student.

Parents also play a major role to make a fool out of KHDA inspections. Schools arrange parents for ‘special briefing’, a weekend before the inspection.

“We were told not to pack junk food in the tiffin that week and teach our children everyday so that they come prepared,” said a parent.

Teachers stay back even after working hours to prepare for KHDA inspection. The school management wants teachers to struggle for good ranking. Teachers can scarcely concentrate on their daily lessons due to the preparations for inspection.

“In the past fortnight or so, I’ve barely slept for three hours. Most nights were spent tweaking lesson plans, preparing self-evaluation reports and making teaching aids. KHDA wants evidence of all school activities we have done over the year. We’ve proof of a few, the rest have been faked. But in trying to pack a year’s work in one week, my blood sugar has shot up… I’ve no time to see a doctor,” a kindergarten teacher expressed.

Real picture of the school is different from the one shown to KHDA inspectors.  Often unrealistic pictures are the basis of school ratings. This year 80% private schools in Dubai have increased their fees on the basis of the ratings.

Is this of any use?

Most of the parents questions about the advantage of informed school inspections. It’s like inspection for the sake of inspection. Parents are against the inspection method done by KHDA. It’s easy for schools to hide their problems that reduce ranking if the inspection date is already informed.

The issue had created quite a stir among parents. Jameela Al Muhairi is the Chief of the Dubai Schools Inspection Bureau (DSIB) at the KHDA. She clarified that there are reasons behind three-week notice period before inspection.

“We want to work with schools and parents as much as possible to gain an accurate and fair view of the typical work of each school,” she added.

So, what do you think? Would it help if there is a new process set up to make surprise inspections necessary or is the issue just being overblown? Share your thoughts with us in the comments section.