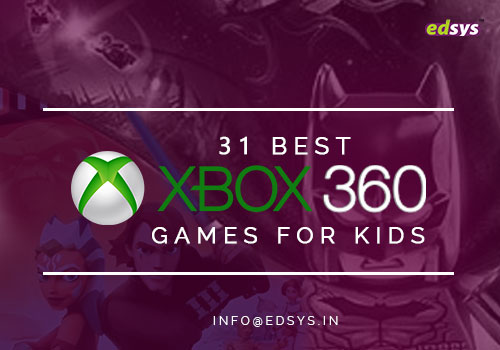 There is no doubt that Xbox 360 from Microsoft is one of the much loved and best gaming consoles offered in the world of video games. 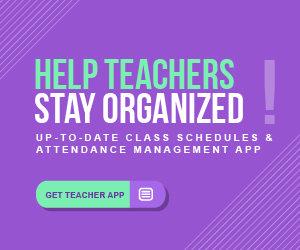 In this digital era, there is no wonder that kids are being attracted towards this advancement in gaming technology.

This not only carries them away to a virtual world of fun and adventure but also improves their knowledge in technology from a very younger age.

However, there are many games inappropriate for the younger age groups and so parents can help them choose the best ones for their age. Here we are sharing some of the best Xbox 360 games available for kids today.

1.  Need For Speed: Most Wanted

Kids will love this awesome classic racing game that can be mastered in no time. They can get to know about mechanics of automobiles while learning the diverse brands of cars worldwide. They are allowed to go for their favourite fleet of cars and customize to match their avatar.

This interactive game comes with pre-set storyboards and gaming environments. The playset mode lets you play as characters from your favourite movies like Inside Out, Frozen, Star Wars series and The Jungle Book. The Toy Box mode lets them boost up their imagination and create a gaming arena of their own.

Kids can learn about different animals while playing this interactive game. It can be played in kinetic platform and mobile platforms in which the kids can adopt a virtual animal, groom and care. The kinetic sensor lets them to interact with these wild animals as if like to their pets.

This is an interesting racing game that is played in closed circuits. It features visually appealing graphics and the tracks are set in different country styles. Kids can choose the challenge mode or career mode to go for different race types and master different cars.

This easy to learn game gives kids an exposure to international soccer world and promotes healthy competition. Kids can choose from men’s or women’s national soccer team and then play against each other or with the console. They need to cover basic soccer moves and range of tackle techniques to go forward.

This interesting game demands kids to engage their gray cells while exploring areas of logic, math and analytical thinking. Kids can use motion control for answering questions as part of game. The players need to be physically and mentally active while the game tests their ‘brain age’.

This simply entertaining game comes with all key characters of the movie. The Kinect version demands physical movement from players. The fighting moves by Puss need amazing motion controls that make the game hilarious. Moreover, the ‘cartoonish’ feel makes the game interesting to kids and can engage in jumping, freezing, and strike dance poses.

Kids may play alone or with friends to crack five different modes in this cool game. The quiz section comes with over 4,000 picture-based questions and Classic Puzzles, Puzzle Challenge and Explorer give a good experience. They get to know more about animal world, stories about emperors and artists like Michaelangelo.

It comes with two different versions for kids under 5 years and above. The interesting story line and visually appealing graphics makes the kids crave for more. They can engage in activities like indulging in wand fights and flying on their brooms.

Kids can engage in cooperative play with this action-packed motion-control game. A high level of physical activity is the key of this game like running, jumping and throwing. They can go for avatars like the rat from Ratatouille or Woody from Toy Story and they need to solve puzzles in levels.

This is the best among the puzzle games available for kids in Xbox 360. The puzzles need a lot of thinking and challenge the logical ability in different ways. The theme revolves around love, relationship and moral messages. It features an intense interactive experience and even needs to travel back in time.

This is an amazing educational game which encourages them to think out of the box to move up levels and challenges their cognitive abilities. Even using the gun for shooting in virtual environment needs assessment of situation beforehand. Portal 2 has won many awards including best story, best game and best design.

This interesting educational game is an amazing combination of fun with physics. Solving puzzles through throwing of blobs of paint to screen makes it a lot interesting and unique. It is easy to play by looking at instructions but needs good reflexive skills to score high.

This lego bricks game takes kids back to over 65 million years where they can experience the world of dinosaurs. The games come with over 20 dinosaur species like Stegosaurus Delta, Echo, etc and kids can go for human characters like Dr. Wu or Owen. Interestingly, kids can build their version of Jurassic Park with Lego bricks.

This super puzzle game is a unique combination of physics and fun. Kids are encouraged to use their logical ability to score points. This physics-based video game challenges and entertains kids. Applying different laws of physics and shifting between dimensions makes the game interesting.

This is an awesome role-playing Xbox game for kids. This fantasy action game gives kids an opportunity to pick a character of story and place on the Portal of Power. Kids can have a good play time with friends having adventurous journeys in the sky, under the sea, and over land.

18. Sesame Street: Once Upon a Monster

Based on the popular television show, this Kinetic game features the Muppets from Sesame Street and kids get an opportunity to directly engage with them. The game improves problem solving skills and presents a creative approach for learning subjects like math and art.

The older kids who have a love for animals will find this game really interesting. The goal of the game is to set up and operate a zoo by forming exhibits and aquariums. The tasks include keeping the animals and guests happy, managing money, employees and zoo scenery.

It features a four player mode with 80+ levels of awesome gameplay. A new online challenge mode is the key in which you can connect with your friends while your skills and speed is tested with various challenges. The leader boards let you know your rank in the world.

The objective of the game is to help Snoopy to find Charlie Brown and his friends. Kids can traverse through an adventure world full of imagination during the game. The simple pick up and play controls is the key and players get additional abilities and rewards while they go forward.

This interesting game features a Story Mode version of the very popular Minecraft game. It revolves all around a character on adventure to look out for Minecraft legends and the storyline is captivating. This interactive game features voice-overs from actors and kids can learn different skills as they cross each level.

This is a simple but interesting experience for kids where they can relax and dance their heart out as if no one is watching. They can dance to songs from Descendants like “Rotten to the Core” and hits like “Gotta Be Me”. It also features tracks from top Disney channel shows. In ‘Disney Channel Inspired Dance Moves’, kids can place them in the show with personalized choreography, costumes, and design.

Kids can experience the enchanting Disneyland park through this virtual gateway. Despite day or night, kids can have the interesting visuals of the theme park. They can meet all their favourite characters like Mickey Mouse, Snow White, Peter Pan and Cinderella with the comfort of their living room.

This game is a humorous and fun-filled journey inspired by the blockbuster Star Wars film. The kids can relive the epic action of the movie in a way that can only be offered through LEGO. They also get to know about the new movie and insight of characters.

The kids can stay on their feet while enjoying this amazing game. They are challenged to score high by learning and finishing as many dance routines. It features about 650 unique moves in 90 dance routines. Kids may even play with their friends to compete in a dance routine battle.

This is a rhythm action game played using Kinect camera controller of Xbox 360. It involves a moderate amount of physical activity. The game demands kids to direct energy beams to screen using their hands. The goal of the game is to save the personality of a girl and players go inside the computer to accomplish the task.

This simple matching Xbox 360 Games for Kids that was popular for decades are now available in Xbox 360. The puzzle game features several levels that grow up in complexity. Unlike many other Xbox games, it comes with no characters but only jewels. Kids can master it easily and it improves their logical thinking.

This is an arcade style top-down shooter Xbox 360 Games for Kids in which a ship voyages across geometric surfaces. There is no message or characters in the game but all what you want to do is shoot the shape before it collides with your ship. The adventure mode comes with 100 levels with different objectives.

Kids can take the role of a rock star through this amazing simulation game. While the crowds cheer on, kids are free to play the guitar for her much-loved band. This easy to play and fun game comes with a guitar-shaped controller to give the actual feel of playing the guitar.

This is a Halloween-centred adventure game that features fantasy violence. The charm of the game lies in the pop-up dialogue boxes and humour. This is a quest based game with a total of 6 hours play time in which player should move from one quest to another.

These are just a few among the wide range of Xbox 360 games options available for kids in the market today. These wonderful games are sure to give the kids an awesome gaming experience at the comfort of their home. However, parents can have a look at the age recommendation mentioned for the game before introducing it to your kids.

Previous Sex Education for Teenagers : Everything You Need To Know
Next UAE government promises exorbitant Salary Package to Indian Teachers