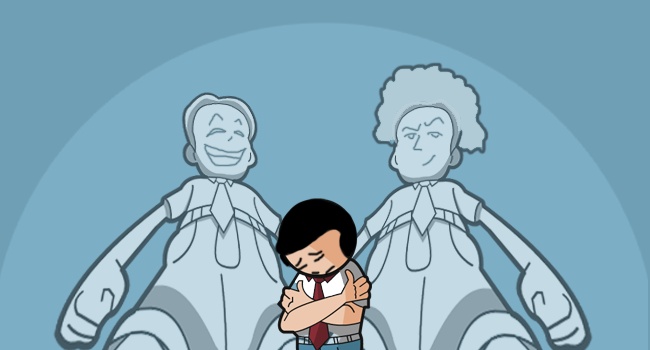 There is an English proverb that says, “The soul is healed by being with children”. What if the very lives of these children are in jeopardy? It is a fact that ragging has been in the society for some time now and its intensity worsens every year. Though numerous anti-ragging squads and bodies exist, we haven’t been able to eliminate these practices completely.

It is hard to believe that bullying has tormented Indian school students for some time now, and it is just recently that we have started taking it seriously. What is the difference between bullying and ragging? None, they are practically the same. While there are strict laws and punishments against ragging, bullying has none whatsoever. And it is this very fact that makes bullying far more dangerous than ragging.

Other than the lack of laws against it, the fact that a very young age group, mostly in between 12 – 16 years is affected makes it more hazardous. It is said to be the very age which nourishes mental capability and invokes behavioral build up in children. Bullying is said to cause psychological traumas, from which children find it difficult to recover. In some cases, they even find themselves mentally scared for life.

Parents need to maintain an open and deep relationship with their children so that they will be the first to know if something goes wrong. In most cases of bullying, the victims are traumatized for months before the parents or teachers come to know about what was happening. The lack of confidence that they will be helped is what holds them back. Children should feel free to talk to their parents at any time.

School is said to be the second home for a student. If so, then teachers occupy the roles of responsible parents. This means he/she has not just the role of a teacher, but also a parent. So, just like parents they must also possess a sincere relation with their students. The student should feel safe and confident in talking with the teachers on his/her issues. The large number of students in a single classroom, probably beyond what the teacher can keep track of and the lack of good teaching staff, has only made it difficult to build teacher-student relations.

In situations where a student finds it difficult to disclose the issue to a parent or teacher, he/she could get the help of a dear friend. The friend could in turn address the issue to a teacher or someone in charge. For this to happen, children should first be made aware of the seriousness of such situations.

4. Actions need to be taken

Laws against bullying will take time to come to full effect. Within that time, schools can play it’s part to help the cause. Schools across the world have adopted several methods to cope with the issue of bullying. Once bullying was at its worst in the USA. Ensuring participation of students in open discussions and conducting seminars on possible bullying problems and how to tackle them has brought down bullying to a large extent. So the question is, if they can do it, why can’t we?

Bullying and ragging are social issues. So, the society itself needs to come together for the purpose of fighting against it. Rather than thinking of it as another person’s issue, think of it as an entire society’s responsibility. Educate and prepare your children to hold on their own under risky situations.

Recently, former HRD Minister MM Pallam Raju had formed a committee of academic and mental health experts to review the scale of ragging in schools and recommend preventive measures.

The committee headed by CBSE chairman Vineet Joshi is learnt to have submitted its report to the HRD Ministry. It has described bullying in Indian schools as a serious problem and recommended regulations to bar the menace in schools on the lines of UGC’s regulations to curb the menace of ragging in Higher Educational Institutions notified on June 17, 2009. The committee commissioned a survey of schools and found the extent of bullying to be “serious”.

Bullying is an issue that comes into existence at the school level and needs to be dealt with in schools itself. Otherwise it may result in a socially handicapped and mentally injured generation.