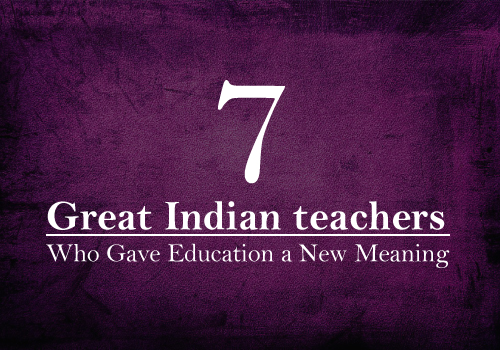 It will not be an overstatement to quote that the India was considered a haven for knowledge imparted by great teachers of all times.

The individuals we would be talking of not only excelled in their chosen fields but also influenced the thoughts and actions of the society at large through their teachings.

Below is a salutation to the 7 such great Indian teachers who have helped people to not only become knowledgeable but also transformed them into better human beings. 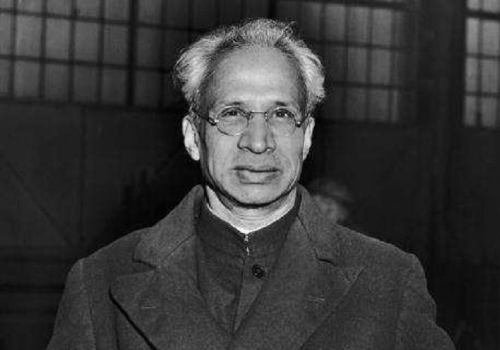 Apart from serving as the first Vice President and the second President of Independent India, Dr. Sarvepalli Radhakrishnan was also revered as an eminent teacher of all times.

Born on 5th September 1888, he went on to gain the recognition of an eminent scholar of the 20th century.

He believed and lived his life according to the ideology that “A true teacher is one who helps us think for ourselves”.

Strongly believing in the importance of teachers in shaping the fate of a country, the ideologies of Dr. Sarvepalli Radhakrishnan helped bridge the gap between India and the Western countries. He urged his countrymen to follow the precept of “teach to transform”. His birthday is celebrated as “Teachers’ Day” in India as a mark of respect for a noble and highly acclaimed teacher that the Indian soil is proud of. 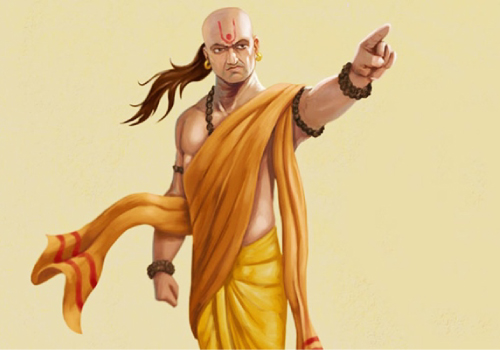 Also known as Vishnugupta and Kautilya, Chanakya, belonging to the 4th century is another great Indian teacher.

He fulfilled the coveted roles of a philosopher, jurist and a royal advisor to King Chandragupta Maurya. He was the author of two books Nitisashtra (also called as Chanakya Niti) and Arthashastra. Both his works are a collation of his wisdom supported by a number of experiential realities that he wanted to pass on to his countrymen. Chanakya Niti consists of a list of sutras that are thought-provoking and essential for a successful life. 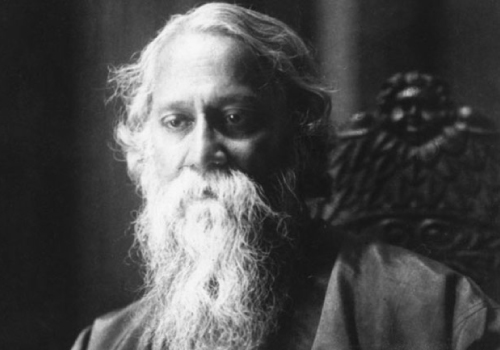 Born on May 7th 1861, Rabindra Nath Tagore is another noted Indian personality known for his scholastic excellence.

Alongside being a writer, he was one of the freedom fighters who raised his voice against the British.

According to him, learning through activities was the sure shot means to develop the physical and mental faculties of a child.

Shantiniketan hence emphasized on the inclusion of physical activities like drama, climbing of trees, plucking fruits and dancing.

He taught through a host of narration-cum-discussions along with debates. These practices strengthened the oratory skills of his students.

Bestowing his students with freedom, Rabindra Nath Tagore, through his way of life encouraged them to identify their hidden potential.

He was a staunch believer and practitioner of outdoor education, prompting students to sit in the midst natural surroundings to assimilate knowledge.

He also believed that “The main objective of teaching is not to give explanations, but to knock on the doors of the mind”. 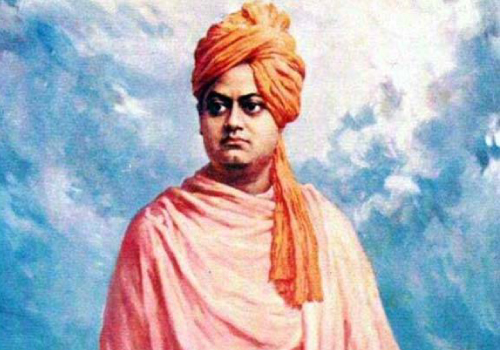 In addition to being one of the most prominent Indian reformers of the bygone era, Swami Vivekananda was also a man of unparalleled intellect.

Born in 1863, he founded the ‘Ramakrishna Mission’; a monastery in which monks and his followers join hands to spread the awareness of Practical Vedanta. He was a staunch believer and supporter of the Gurukula system; a practice of education where students and teachers live together.

Through his teachings, Swami Vivekananda impressed upon the students to face the testing times of life.

He also urged them to lead their lives as good citizens of India. He was known for his famous quote: “Education is the manifestation of perfection already in men”.

Swami Vivekananda instilled a sense of confidence in every individual that he/she is already blessed with infinite potential. 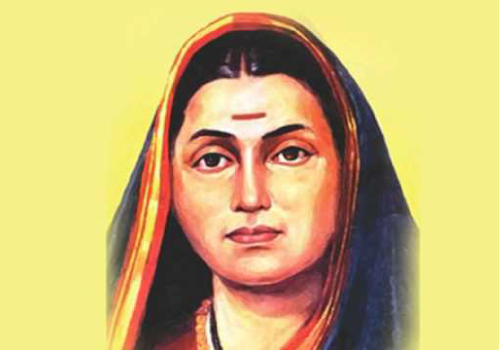 Amidst all the great Indian male teachers, there is one female name that deserves a special mention.

SavitribaiPhule is known for her strong voice against the atrocities committed on women.

In addition to fighting for this social cause, she was also recognized for her dedicated efforts in promoting the need for girls’ education.

Setting up the first women’s school, she supported the need for female education alongside encouraging the demand for gender equality in education. Rekindling the dreams of thousands of women, she set up a school for untouchable girls. Along with offering stipends to children for coming to schools, she conducted parent-teacher meetings to highlight the importance of education to children. As a mark of respect for all that she did to the field of education and for the execution of women’s rights, the University of Pune is currently known as Savitribai Phule Pune University. 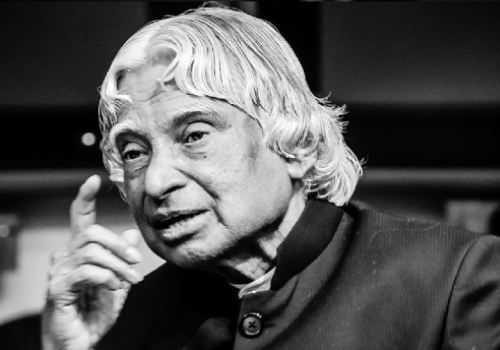 There won’t be an Indian millennial who hasn’t heard of Dr. APJ Abdul Kalam, fondly remembered as the “Missile Man of India”. Transforming his life from being a scientist, Dr. Kalam, born on 15th October 1931 rose to become the 11th President of India. Known for his practical educational thinking, he was regarded as a visionary who stood up for the integration of modern educational ideas with those of the conventional practices. He strongly advocated the need for basic amenities for every school including safe drinking water, playgrounds and well-kept toilets.

Advocating the balanced availability of education for urban and rural areas, he enlightened all the sections of the society to go out and study.

After identifying the lack of educational resources to underprivileged people, he urged NGOs and other social-service institutions to lend a hand at equalizing the gap. He is known for his invaluable contributions to education which manifest in the form of though-provoking quotes. One of them being: “Some of the brightest minds in the country can be found on last benches of the classroom”. 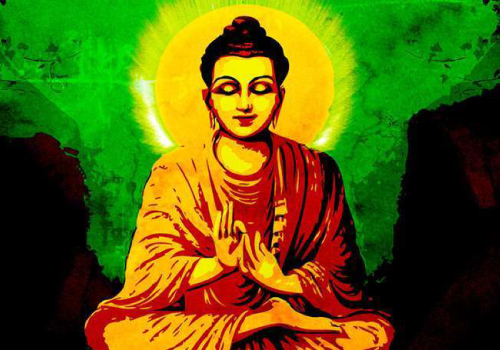 Born as Siddhartha in 480 BC, Gautam Buddha was constantly on the lookout for freedom and happiness. He renounced his luxurious life and attained salvation after performing a strict penance under a Bodhi tree. He later on became the founder of Buddhism, educating people through his Eightfold Path.

He enlisted eight practices through his discourses. These were: right view, right intention, right speech, right livelihood, right conduct, right mindfulness, right effort and right Samadhi. These principles according to Buddha would help people put an end to suffering. It is this knowledge that made Buddhism a famous religion, currently practiced by many across the globe.

Leading exemplary lives and striving hard in the pursuit of knowledge, these noble teachers through their simplicity have led an indelible mark on the minds of knowledge-seekers.

Serving as a great inspiration to a successful and content life, the lives of these 7 great teachers speak volumes of the dedication they had towards their ideals and philosophies.