As adults, you must have posed this popular question to youngsters: “What do you want to become when you grow up?”

Coming from different walks of life, these are some popular personalities, who, because of their noble deeds and hard work not only inspired well-informed adults but also kids.

Reading the success stories of such global personalities will create an indelible imprint on the minds and hearts of kids, inspiring them to follow their footsteps.

If you are looking to inspire kids, here are some notable people who can shape their impressionable minds and lead them onto the path of hard work and dedication towards a subject of their choice.

Well-Known Personalities in the Field of Science

He can be named as one of the most creative inventors of all times. Inventing a number of objects that simplified human life, Edison was the scientist who unveiled the first commercial incandescent electric bulb.

Telegraph was another noted innovation that adds to the list along with alkaline storage batteries.

He invented all these when he was fighting with the symptoms of scarlet fever and ear infections that left him with hearing difficulties until he turned nearly deaf. He is known for the invention of a 6 inch telescope that allowed him to watch all the moons of Jupiter.

Along with this, Edison is also known for his mathematical formula that calculates the value of Pi.

He is another gem in the crown of ancient physics, belonging to the 17th Globally recognized as an astronomer with an unparalleled imaginative mind, he was a famous mathematician and philosopher as well.

His fidgety nature allowed him to discover new things. The lesser-known fact is that Newton despite being bad at studies came up with the famous “three laws of motion” which introduced his understanding about gravity to the world at large. 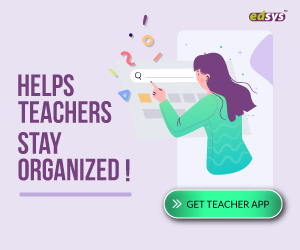 The famous dramatist, poet and author of all times has been an inspiration to kids who love to play with words. Known as the greater English writer of the period between 16th and 17th centuries, William Shakespeare lives on with several of his dramas being performed on theatrical stages even to this day.

Comedy, tragedy, and history were the genres that interested him along with plays revolving around romance.

His plays are also part of the educational curriculum of kids and serve their role to interpret cultural and political scenarios in the best light.

Rabindranath Tagore is another noted Bengali wordsmith that India introduced to the world at large. He carries the title the “Poet of poets” for the literary influence he created on the minds of his ardent readers. Tagged as a child prodigy born in 1861, Rabindranath Tagore penned his first poem at the age of 7.

The National Anthem of India – “Jana Gana Mana” is one of his noted contributions. Indian culture and literature were the subjects that drew his attention. His works on literature and music were translated into global languages like German, Dutch, Spanish and English.

T he chief founder of Apple Computer grew up with a strong interest in electronics.

Being a brilliant student, he excelled in electronics as he grew up. Starting Apple Computer in 1976 from his family garage when he was just 21 years, he pioneered the introduction of improved technology that can churn out computers which are cheaper, smaller and accessible to the common man.

The entire life of Jobs is an epitome to his belief that it is only through great work that one can lead a truly satisfying life.

A.P.J. Abdul Kalam also known as “The Missile Man of India”. From being a great scientist with a humble personality, he moved on to become the 11th President of India.

His love for students and education manifested both in life and death, allowing him to breathe his last gasp while lecturing to a student-gathering at IIM Shillong in July 2015.

Being a PhD holder, he was appointed as the project director of Indian Space Research Organization (ISRO).

During his tenure as a director, he led many successful missile and rocket launching projects.

He is also the recipient of many prestigious Indian awards like the Bharat Ratna, Padma Bhushan and Padma Vibhushan.

From being a simple man, he rose to the commendable position of heading the Indian nation entirely on the strength of his hard work and dedication. These two are the inspiring qualities that Abdul Kalam is famous for and thus an exemplary personality for adults and children.

Mark Zuckerberg  does not need an introduction. He is a popular figure in the modern digital field as the CEO of Facebook.

Unveiling the most popular social-networking site named Facebook in 2004, he became the youngest billionaire the world ever produced. 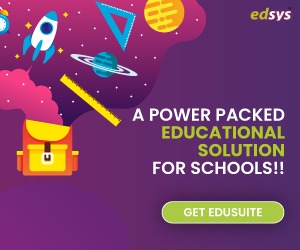 This internet-driven, social-networking platform became an instant hit with people of all ages, across the globe.

Supporting the idea of staying in touch with your near and dear ones at all times while transcending geographical barriers, Facebook made Mark Zuckerberg an over-night internet wizard and celebrity. Always giving a part of what he earned to the society, this modern day entrepreneur engages in charities and contributes to social causes through handsome donations.

Along with these professional degrees, she held the licensed Certificate of Flight Instructor.

Thanks to her employment with NASA, the world’s largest space exploration agency that Kalpana experienced her first encounter with outer space in 1997.

This was her long-cherished dream that came true. She got another such opportunity to travel to outer space for the second time in 2003.

But this mission ended in a tragedy when the space shuttle she was in malfunctioned and exploded before landing. Post her demise, the Indian government named its first weather satellite as “Kalpana-1” in her memory.

Virtues of Nobel Laureates That Kids Can Emulate

Mother Teresa is a famous personality that needs no introduction. She was a woman who has gone the extra mile in serving the society with her noble deeds.

Fascinated by the stories of selfless missionaries, she renounced all the worldly pleasures and surrendered herself to serve mankind since she was 12.

So true to her name, Mother Teresa began working for the poor, providing them with medical facilities as a loving nurse.

This led to the formation of Missionaries of Charity; a charitable congregation meant for the neglected and orphaned class. Spreading her love, she welcomed the poorest of the poor into her arms and sheltered them in her charitable missionary. As a personification of universal love and peace, she was bestowed the Nobel Peace Prize in 1979.

C V Raman was the first Indian Nobel laureate in the field of Physics. Tagged as a genius, he won the Nobel Prize for Physics by working in his laboratory which had limited equipment. There were days when he used to forget sleep and food while he was researching musical instruments and the typical tones emitted by them.

He was also drawn towards colors and their various shades. He came up with a phenomenon called “The Raman Effect” which throws light on the dispersion of a ray of light when it passes through a glass prism. This came to be known as the greatest discovery of those times and led to the invention of the lasers. In the year 1930, he was conferred with the Nobel Prize for Physics.

Sir. C.V. Raman is thus an epitome of curiosity and dedication towards work that brought him global laurels.

If you notice, all the above personalities have one thing in common. And that is to listen to their heart to make their life’s dreams come true. Some of these world-famous personalities demonstrated a grit to overcome any obstacle that came in their way to ultimately reach their target. 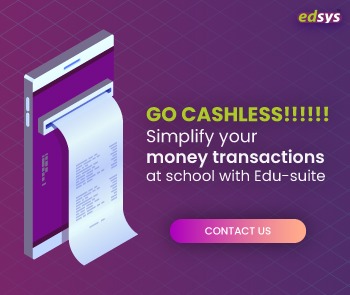 This is the biggest virtue that kids can pick up from these exemplary personalities who have lived and are still living a life of success stemming from the strength of purpose and hard work.

Previous What is Edutainment? How is it Beneficial for Kids?
Next 7 Successful Companies Run by Young Entrepreneurs Under 13 Years of Age