In India, rivers hold a great significance, rather than just being a source of water.

There are hundreds of scenic, wild rivers flowing throughout the country.

Some are considered nature’s wonder, worshipped, and even declared as goddesses.

Based on their source of origins, the rivers in India are classified into two-

Let’s have a quick glance on the major rivers in India. 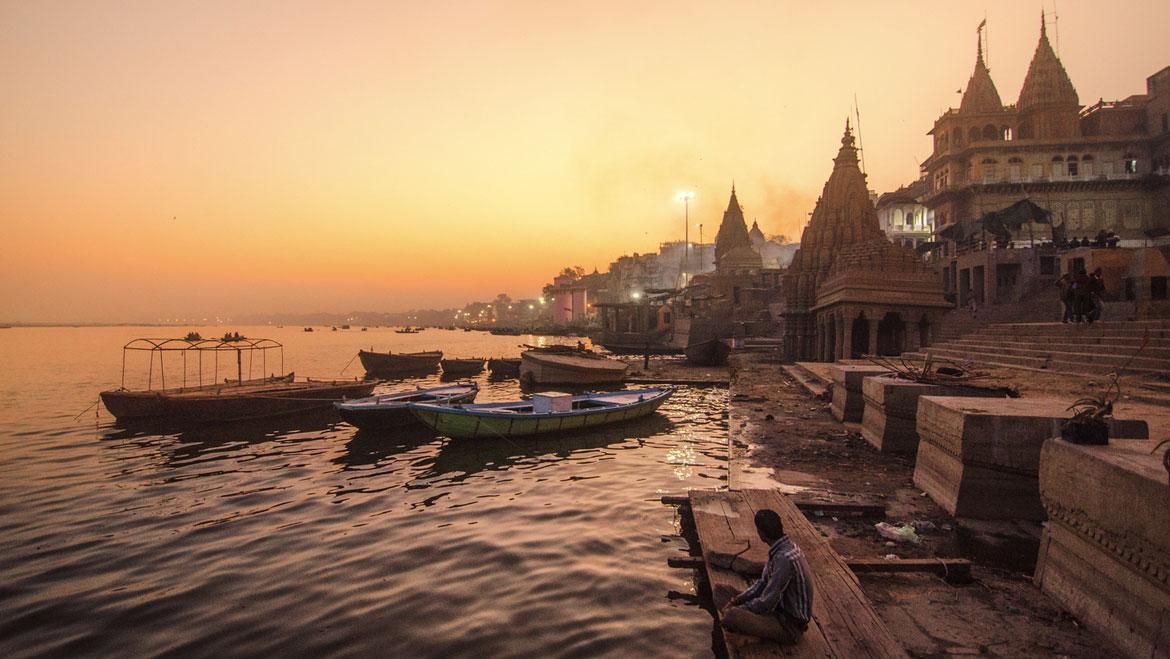 Ganges or Ganga, as it is commonly referred to as one of the longest rivers in india and is the third-largest one on the globe. It is the most sacred one and is worshipped as “Goddess Ganga”. The river holds a special prestige in Hindu Mythology.

It is worshipped by many people and they denote the river to be a holy one and address it as ‘Goddess of Divine Purification’, as it provides a lifeline to millions of people who rely on it for their daily needs.

The river flows through the nation and empties into the Bay of Bengal. 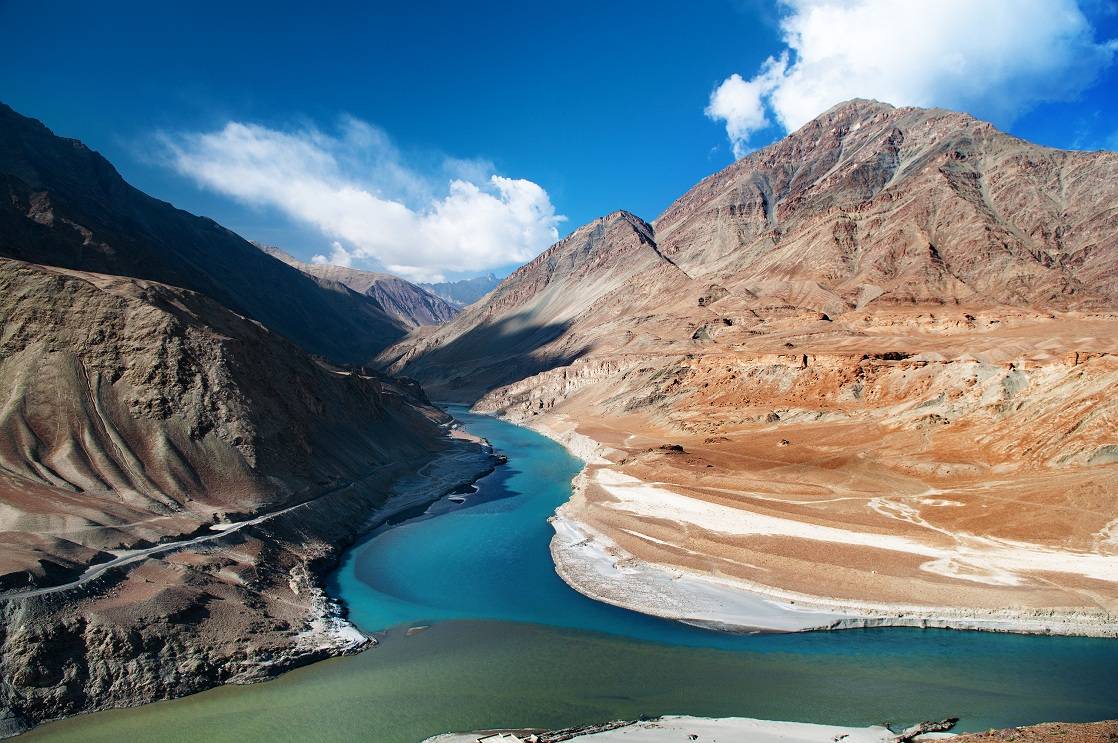 Indus river, also known as ‘Sindhu River’ or ‘Puranik River’ is one among the longest rivers in the world having a length of around 2000 miles. It is one of the most beautiful rivers in India. It originates from Mansarovar Lake in Tibet and moves to the Arabian Sea in Karachi, Pakistan.

It is the most important river in Pakistan and in the Indian subcontinent.

It is also the longest river in Pakistan.

The river played a major role in one of the largest ancient civilizations, the Indus Valley Civilization and holds great historical value. 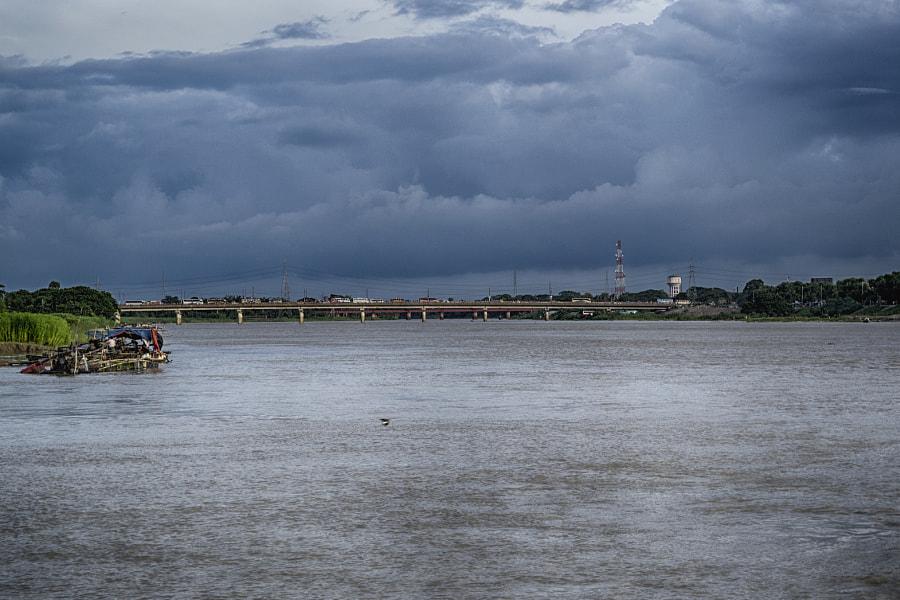 The Brahmaputra is one of the major rivers of India. It is the ninth-largest in the world by discharge.

It originates from Angsi glacier of the Himalayas in Tibet. In this region the river is named as Tsangpo River.

It reaches Arunachal Pradesh in India, where the river is known as Dihang River.

Unlike other Indian rivers, Brahmaputra has a male name. According to Hindu Mythology, the river is considered to be the son of Lord Brahma, and hence the name. Of all rivers in India, this river has the greatest volume of water. 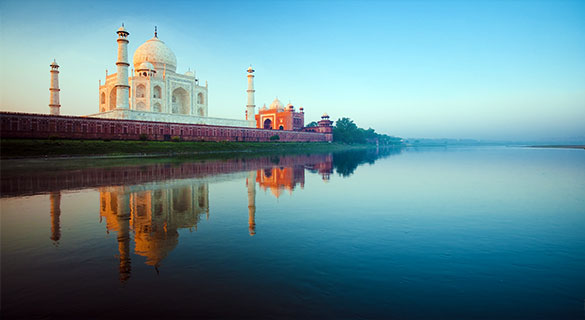 Originating from Yamunotri glacier in Uttarakhand. This river crosses three states such as Haryana, Uttar Pradesh, and Uttarakhand.

According to Hindu mythology, Yamuna is considered to be the sister of Yama, the God of Death and the daughter of the Sun God. 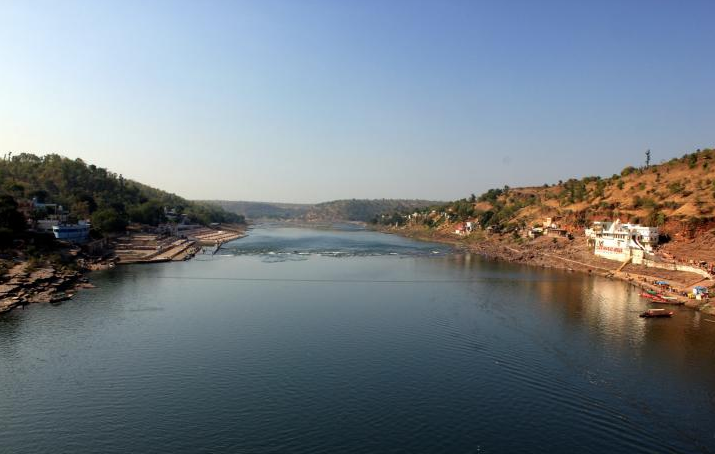 The Narmada is known as “Lifeline of Gujarat and Madhya Pradesh” because of the benefits these states enjoy from the river in numerous ways.

It forms the boundary between North and South India, flowing westward.Length-1,312 km 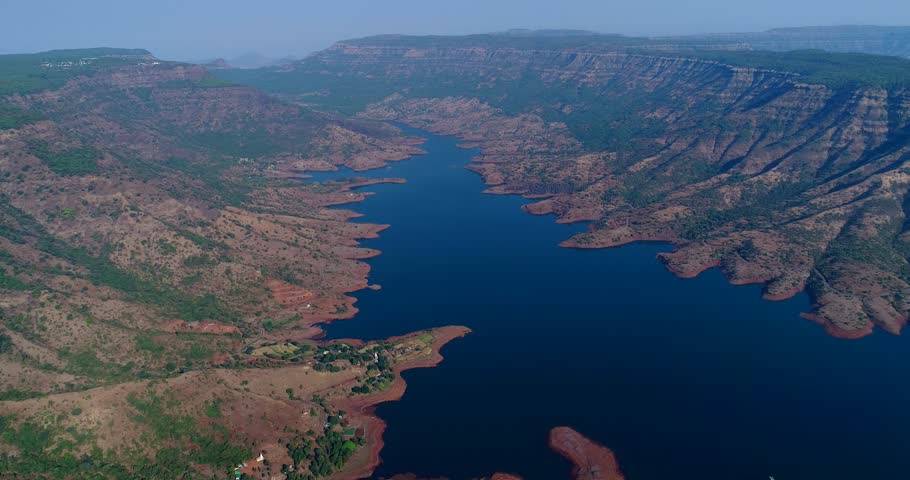 Krishna River also known as Krishnaveni River is the third-longest river in India. And also the second-largest east-flowing river of the peninsular region.  It has a length of about 1400 km.

This river originates from the Western Ghats in the southeastern portion of the country. It flows through Karnataka, Andhra Pradesh, and Telangana. Its final point of destination is the Bay of Bengal. Tungabhadra River and Bhima River are the major tributaries of this river.

This river is famous for its intense depth and quick flow. It can easily reach up to a depth of 23 m. During monsoon season, the area surrounding the river is prone to soil erosion. 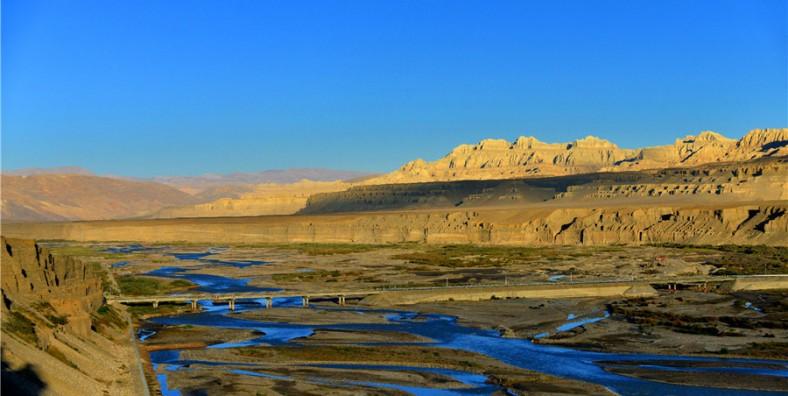 Sutlej River is also known as Satluj or the Satadree is the longest of the five tributaries of the Indus and also the easternmost tributary of it.

It runs through the famous crossroads area of the state of   Punjab in North India and Pakistan. The major portion of the river flows through the regions of Pakistan.

It is a major source of hydroelectric power as it flows quickly. Several dams have been completed on the river.

Sutlej is also famous for running at a very high altitude. The river is part of the Indus river system. 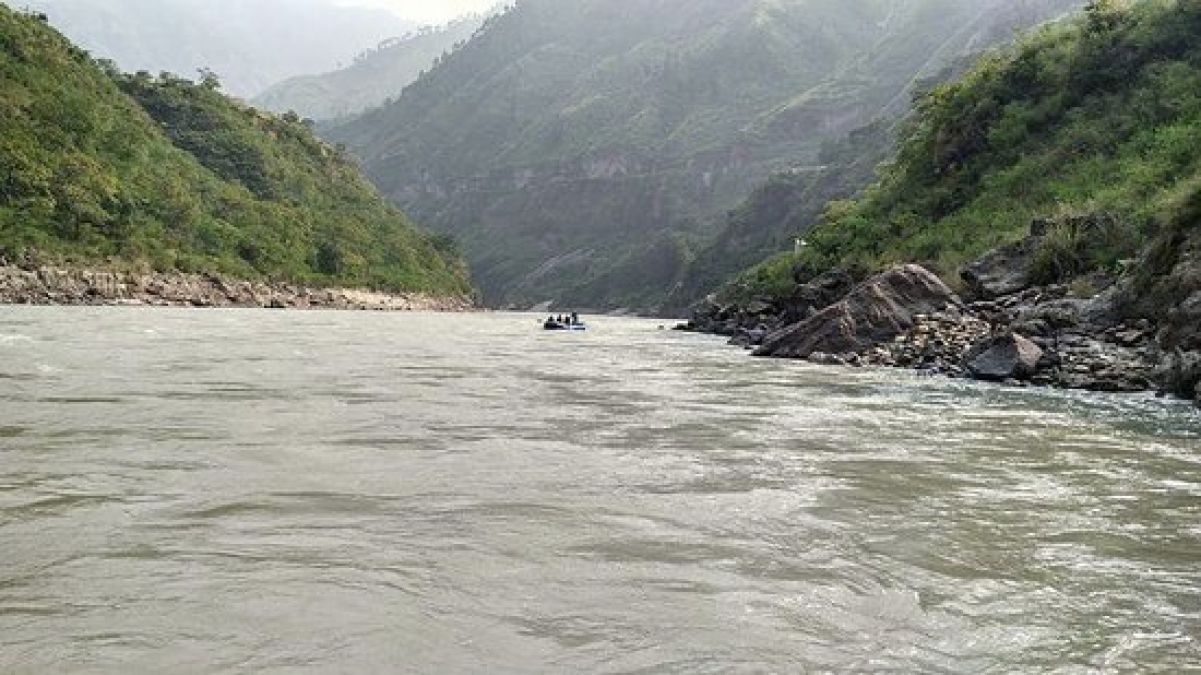 The Godavari is the second-longest course in India after Ganga. It originates in the state of Maharashtra. It has a length of about 1465 km.

The Godavari is also known as ‘Dakshin Ganga’ or ‘Ganges of South’ because of its long course.

The deltas of Krishna and Godavari are together known as “Rice Granary of India”.

The river flows through the states of Maharashtra, Andra Pradesh, Telangana, and Chattisgarh. The river finally reaches the Bay of Bengal.

The river holds a major significance in Hindu mythology and it continues to nourish the rich cultural heritage. 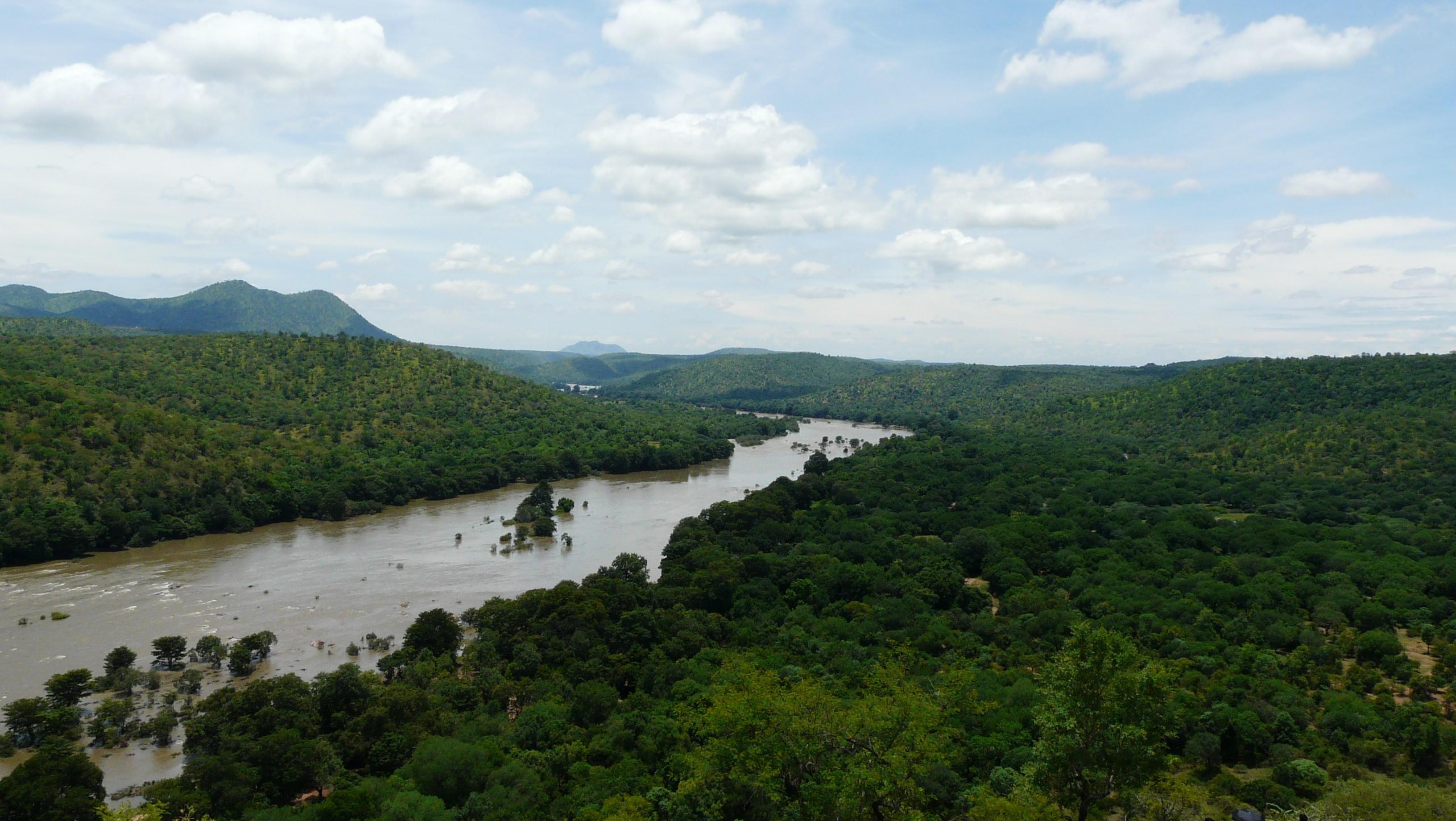 Kaveri is the southernmost river in the peninsular part of India. It originates from the Western Ghats in Karnataka. It flows through the states of Karnataka and Tamil Nadu.

Kaveri is also known as the Ganges of South India. According to Hindu mythology, it is considered to be holy and a sacred one in South India It is the fourth largest after Mahanadi and Godavari.

The delta of Kaveri is considered as a very fertile one. Compared to the other rivers in Deccan plateau, Kaveri is not seasonal as it receives rain in both summer and winter. 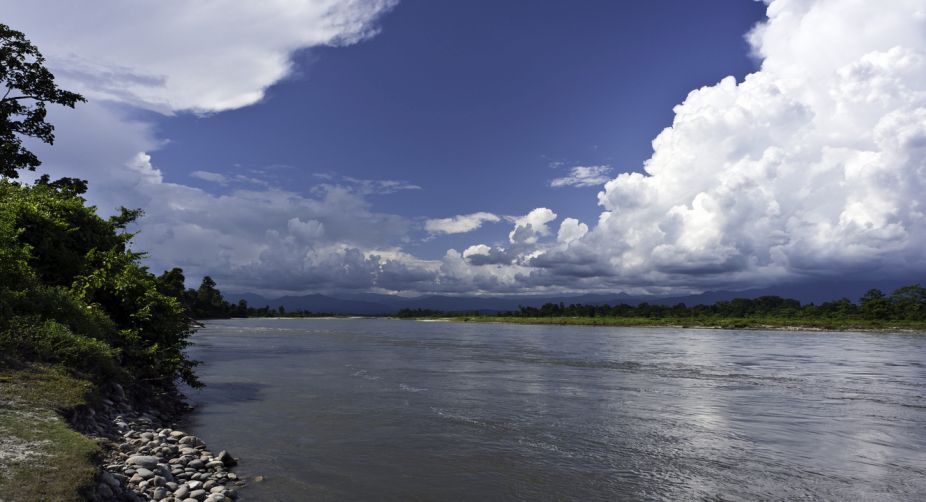 Mahanadi is one of the most famous rivers in East-Central India. It is a combination of many mountain streams.  The river flows through the states of Odisha and Chhattisgarh. It flows through the cities of Cuttack, Banki, and Sambalpur. The river is also known for the Hirakud Dam.

Mahanadi deposits more silt compared to any other river in the Indian subcontinent.  It creates a delta in Odisha, before entering the Bay of Bengal. It also divides into many distributaries. The mainstream of this river enters the sea at Falsepoint, Paradeep as multiple small channels. 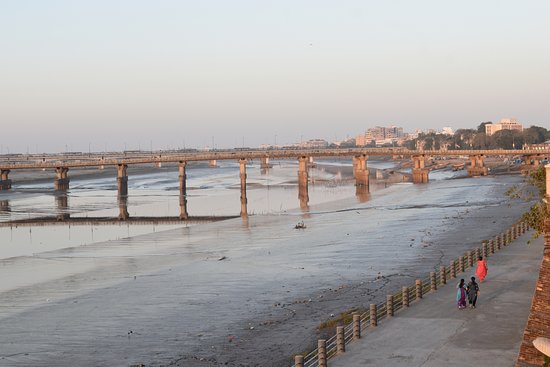 Tapti River is between the Narmada and Godavari rivers. It drains to the Arabian Sea through the Gulf of Khambhat and it flows over a length of 724 km. It rises in Satpura range in Multai, a holy place. The basin of this river lies mainly in the states of Gujarat, Maharashtra and Madhya Pradesh.

The major tributary of Tapti is Purna. It flows from the eastern Satpura range in Southern Madhya Pradesh. This river has a major extent of cultural and religious importance in the lives of Indian people. 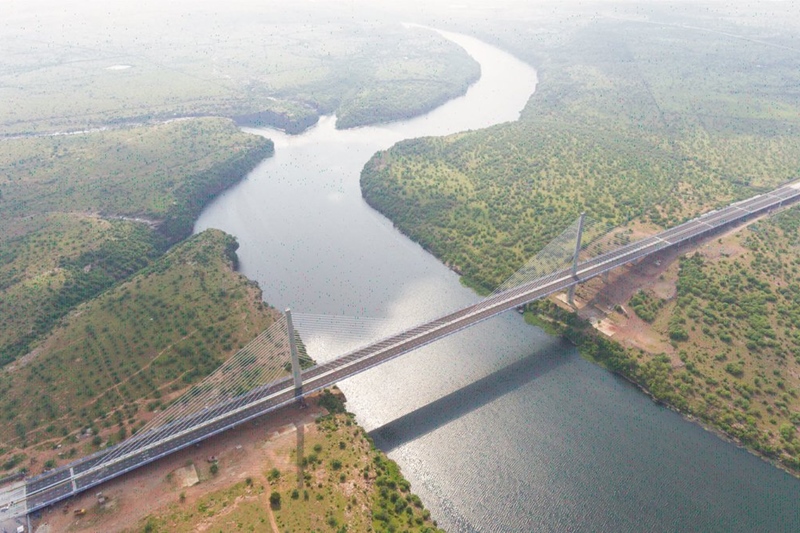 One of the major tributaries of the river Yamuna. The river flows northeast through Madhya Pradesh and reaches the Yamuna in the state of Uttar Pradesh. It also forms part of Madhya Pradesh – Rajasthan boundary. It rises in the old Vindhya Range and flows towards the northeastern direction.

The legendary river finds its place in ancient scriptures. Nowadays the river is known as a wildlife sanctuary and home to rare species and pristine waters.