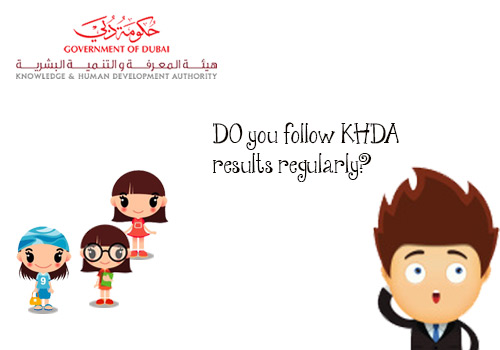 What could be worse than not utilizing an opportunity when you actually have it in your hands? That’s what is happening in Dubai right now. The Knowledge and Human Authority (KHDA), governed by the Government of Dubai, has taken the initiatives for improving the performance of private schools in Dubai. As a result of that, KHDA inspects schools and the reports are published on their website on a regular basis. But it’s very disappointing to see that parents don’t even care to go through them.

“Despite more than 200,000 pupils attending private schools in Dubai, only 26,557 people viewed inspection results and reports by the Knowledge and Human Development Authority (KHDA) last year — and many of them weren’t even pupils or parents,” the Gulf News quotes. It shows that parents do not bother to enquire about the quality of schools before admitting their child and those parents, whose children are already in school, do not tend to evaluate the performance of the schools.

The KHDA has been publishing reports since 2009, to help parents in finding the right school for their children and to make the parents, whose children are already in school, aware of the school’s performance. Some parents just read the summarized reports that come in newspapers but do not go online and check the reports in detail. Some parents are just aware of the inspections happening in their kids’ schools, but they are not even aware that the reports are available online.

Hind Al Mulla, who is the Chief of Engagement, KHDA, says that parents should make use of the inspection reports to the fullest for providing better education to their children. “Reports enable parents to make informed decisions about their child’s education and future. Parents are able to contrast and compare the results of different schools, focusing on everything from academia to extra-curricular activities and student life,” Mr. Mulla says.

According to the reports, 154,901 people visited the KHDA website in the year 2012; however, only 6,103 went through the publication section containing KHDA inspection reports and other schools reports. But there was a slight increase in the figures last year. Out of the 337,628 people who visited KHDA website last year, 26,557 went through the online publication section. This shows a steady growth in the number of visitors viewing KHDA publications online.

“We are expecting the number this year to be the highest. We will continue to engage parents through various channels of communication. In addition to online reports, we offer smart services,” Mr. Mulla says. The figures show that in the first two quarters of 2014, the number of people who accessed the KHDA website were 204,139. Out of that, 18,776 people viewed the KHDA inspection reports and the other reports online.

KHDA is a regulatory authority aimed at providing quality education to students of private schools in Dubai and has hence set some guidelines for the schools to follow. They inspect schools on a regular basis and publish their reports online as an effort to improve performances of schools.