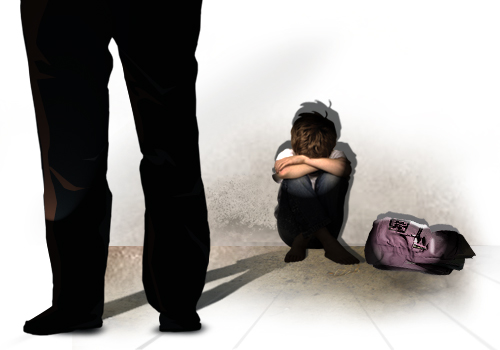 Rima was a smart girl equally loved by everyone at home and school. She was a grade 3 student of one of the famous schools in the city. It was another evening after school hours. Rima waited by the school gate for her father to come and pick her up. The security guard, whom Rima was talking to, had gone to fetch water and when he returned, Rima was nowhere to be seen. Thinking that her father might have come to pick her up, the security guard resumed his work. But the security guard was shocked a few minutes later when he saw Rima’s father, Rajiv, stopping the car by the school gate and walking towards him. An argument followed when they realized that the girl was missing. In between Rajiv’s mobile phone rang. He was shocked to know that his daughter was kidnapped and the kidnappers had asked for a ransom of Rs. 25 lakh.

This is not a rare incident these days.

Children being kidnapped from their school premises have become quite common and their family has to bear with the trauma while it affects the reputation of the school as well.

In most cases, the whereabouts of the missing child remains unknown forever while some of them fall prey to the greedy motives of the kidnappers.

One of the most recent cases is the kidnap of a KG-I student from Maharashtra.

The child was kidnapped from her school premises. But the police was quick enough to trace the culprits thus saving the life of the 5 year old girl.

But not every child is lucky like her. It is a fact that at least 1 child goes missing every 8 minutes in India and unfortunately, about 40% of them have not been found.

The most recent incident that was reported few days ago is another example. A 4 year old girl was kidnapped from the school premises as she was waiting for her father to come and pick her up. The victim’s father got a call from the kidnappers, seeking Rs. 8 lakh ransom, while they were still searching for the child. What the girl’s fate will be is yet to be known.

Why are schools chosen to be the hotspots of kidnap?

Most of the child abductions reported in majority of countries, especially those in India has been from schools.

It is mainly because most Indian schools lack proper security arrangements and they fail to provide proper security to their students. This is not a secret fact and therefore, schools remain the favourite locations of kidnappers to fulfill their motives.

How can we make school a safer place for students?

Student abductions can be prevented at least to some extent if you, as a school authority, attempt to take necessary measures.

In most of the child kidnap cases ever recorded, the kidnappers were people the children knew very well. Therefore, preaching the children of stranger safety is not fully effective. But, still, let them know that every stranger is not bad while every acquaintance is not good. Give them lessons on safety habits so that they can be careful around both strangers and acquaintances.

Let them talk and listen to them

Let the children talk to you freely if they sense anything is not safe. Help them to build the habit of talking to you in times of need so that you can intervene and help them at the right time, thus keeping them safe.

Teach them to seek help

Tell your students to go and talk to an adult they feel they can rely on at the moment, in case they feel unsafe when left alone. It can be the school security guard, some shopkeeper or a librarian. Teach them to deal unsafe conditions with confidence.

Teach them about personal information

Teach them to think first

Ask the students to think first before answering to strangers. The best practice would be them avoiding strangers especially if they are alone. And if they choose to talk to the stranger, ask them to keep their answers short without giving away personal information.

Teach them to yell and run

Teach students to yell and run away if they feel that they are in danger. Yelling can grab attention and save them from unwanted danger.

Teach students to resist and stand up for themselves at times of danger. If possible implement activities that teach self-defense in accordance to the age group. This can help to build their confidence.

Apart from all these, check for latest technology that can ensure safety of students in a school and install that in your school too. Let them learn and grow in a safe environment for they are the future of our country!

Previous Evolution of Education Software
Next Is School Management Made Easy By HR Recruitment?