Mahatma Gandhi is revered as ‘The Father of the Nation’ by Indians.

As a staunch believer of non-violence, Gandhi led the freedom struggle of India, fighting against the British. 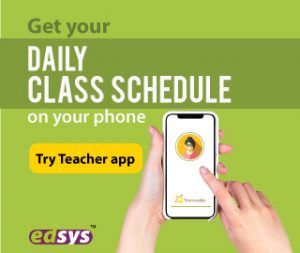 The period between 1917 and 1947 known as the Gandhian Era witnessed the active involvement of Gandhi as an undisputed freedom fighter.

That was when he motivated Indians to tread the path of non-violence through a number of inspirational quotations.

These quotations coming from Gandhi are sure to lead Indians and the citizens worldwide towards the path of virtuous living.

Gandhi’s perception about righteous living manifests through these sayings

2. A “no” uttered from the deepest conviction is better than a ‘Yes’ uttered merely to please, or worse, to avoid trouble.”

3. “An ounce of patience is worth more than a ton of preaching.”

4. “The only virtues I want to claim is truth and non-violence. I lay no claim to super human powers: I want none.”

5. “Without action, you aren’t going anywhere.”

7. “There is more to life than increasing its speed.”

8. “An eye for an eye will make the whole world blind.”

10. “It is better to be violent, if there is violence in our hearts, than to put on the cloak of nonviolence to cover impotence.”

13. “We win justice quickest by rendering justice to the other party.”

14. “Purity of personal life is the one indispensable condition for building up a sound education.”

The importance Gandhi gave to “change”is evident through these quotes

2. “Imitation is the sincerest flattery.”

5. “A man is but a product of his thoughts. What he thinks he becomes.”

6. “I suppose leadership at one time meant muscles; but today it means getting along with people.”

7. “Always aim at complete harmony of thought and word and deed. Always aim at purifying your thoughts and everything will be well.”

8. “The difference between what we do and what we are capable of doing would suffice to solve most of the world’s problem.”

1. “Nobody can hurt me without my permission.”

2. “Satisfaction lies in the effort, not in the attainment, full effort is full victory.”

4. “It is health that is real wealth and not pieces of gold and silver.”

2. “A coward is incapable of exhibiting love; it is the prerogative of the brave.”

3. “The weak can never forgive. Forgiveness is an attribute of the strong.”

4. “Intolerance is itself a form of violence and an obstacle to the growth of a true democratic spirit”.

5. “Fear has its use but cowardice has none.”

Gandhi explains freedom through these quotes

1. “Freedom is not worth having if it does not connote freedom to err.”

2. “Freedom is never dear at any price. It is the breath of life. What would a man not pay for living?”

3. “You can chain me, you can torture me, you can even destroy this body, but you will never imprison my mind.”

Gandhi unleashes the power of truth through these quotations

1. “Truth stands, even if there be no public support. It is self-sustained.”

Faith according to Gandhi is:

1. “You must not lose faith in humanity. Humanity is an ocean; if a few drops of the ocean are dirty, the ocean does not become dirty.”

2. “Faith… must be enforced by reason…. When faith becomes blind it dies.”

3. “Indeed one’s faith in one’s plans and methods is truly tested when the horizon before one is the blackest”.

1. “To give pleasure to a single heart by a single act is better than a thousand heads bowing in prayer.”

2. “Man should forget his anger before he lies down to sleep.”

3. “Anger is the enemy of non-violence and pride is a monster that swallows it up.”

4. “The greatness of a nation and its moral progress can be judged by the way its animals are treated.”

5. “There is a sufficiency in the world for man’s need but not for man’s greed.”

6. “Everyone who wills can hear the inner voice. It is within everyone.”

7. “The only tyrant I accept in this world is the still voice within.”

8. “Those who know how to think need no teachers.”

Gandhi’s strong principle of non-violence spread to every nook and corner of the globe. It is for this reason October 2nd is celebrated as the International Day of Non-Violence. After reading all his sayings mentioned above, you will appreciate the fact that Gandhi was made of an entirely different mettle for people across the globe to take notice and emulate.