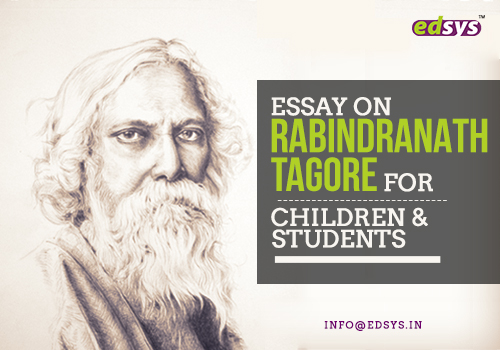 Among Tagore’s siblings, he was the youngest. From a small age, he lost his mother. His father was a traveler, so he was raised by his maids and servants at home. 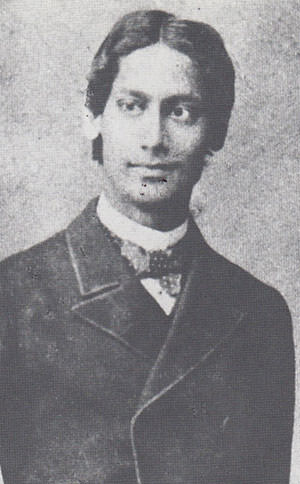 Right from his childhood, he developed his interest in writing poetry and proved his excellence in the future.

He was a multi-talented person in every sense. He was a painter, story- writer, humanist, patriot, novelist, philosopher, and educationalist.

In his early days, he never attended schools and pursued his studies under the guidance of private teachers at home. However, he went to England for his higher studies.

Tagore and his family were interested in Bengal renaissance and took active participation in it.

At the age of sixteen, he started publishing his poetry work. Interestingly it was published under the pseudonym Bhanushingho (Sun Lion).

The great classical poet, Kalidasa has influenced Tagore and he started writing classical poems. His sister Swarnakumari was also a well – known novelist.

In 1873, he went for a tour with his father for several months and he acquired knowledge about various subjects. While staying at Amristar he learned about Sikhism and he pens down almost six poems and some articles on the religion.

In 1878 that he went to England to study law but he returned back to India before completing studies as he wanted to fulfill his passion to become a poet and a writer.

He began learning the works of Shakespeare on his own. He was interested to learn English, Scottish, and Irish literature and music.

Afterward, he returned to India and married his soul mate Mrinalini Devi.

It was Tagore’s father who put forward the idea of Shantiniketan. 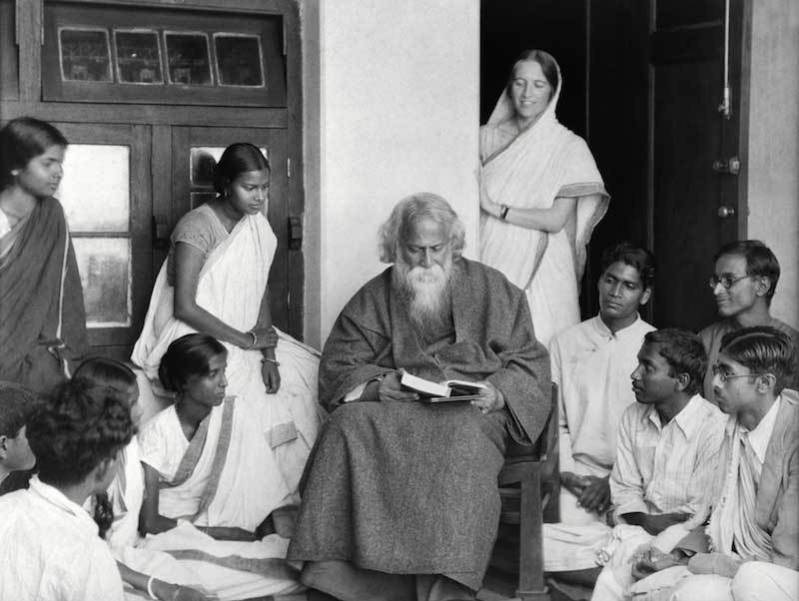 The concept of “Ashram” was founded by Debendranath Tagore in 1863. Tagore founded an open-air school. 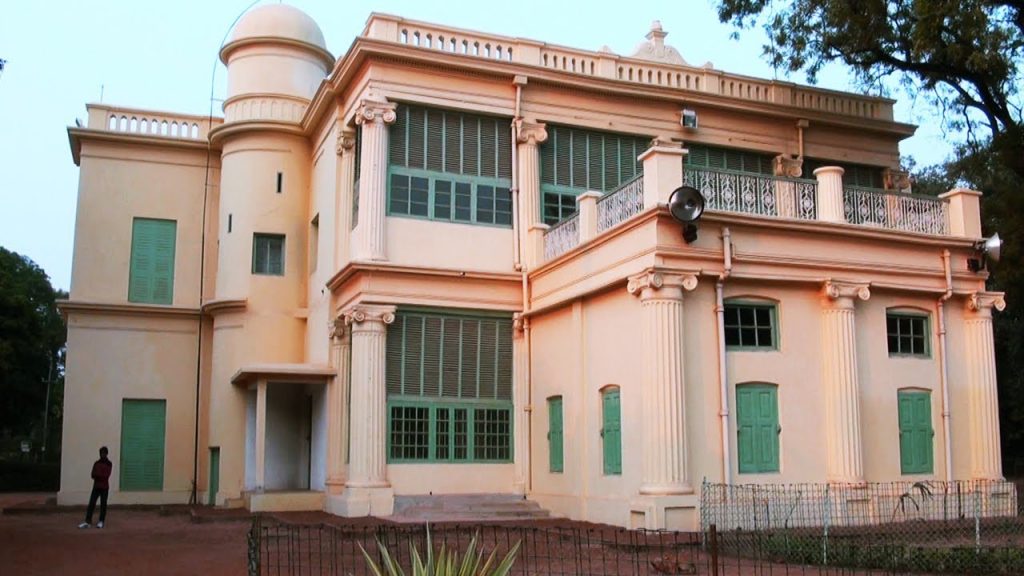 It was a prayer hall, named as “Mandir’. It was also called “Patha Bhavana’ which included only five students at the beginning.

In the meantime he becomes very famous and also he was the first Asian to receive Nobel Laureate. Today, Shantiniketan is a famous University town in West Bengal.

Tagore made a great effort to introduce Indian culture to the West and vice versa.

Tagore’s most famous work, Geetanjali, was translated during his long ocean journey to European nation.

He was awarded the laurels for literature for the work Geetanjali.

His spiritual and mercurial poems are still remembered today.

In 1913 he became the first Indian to receive the Nobel Prize for Literature. Thus he made a notable contribution to Indian literature.

His contributions are enormous and also unforgettable.

National anthems of India and Bangladesh are taken from his work Rabindrasangeet and are famous.

Even today, the creative writings of Tagore, whether in the form of poems or stories, are unquestionable. Through his sharp and brilliant writings he tried to bridge the gap between east and west. Perhaps he was the first Indian writer to come up such attempt.

He believed in the concept of brotherhood, power of love and peace

His main aim of writing was to bring people very closer. 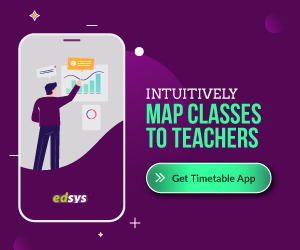 He had delineated well concerning love and harmony through his poetry and stories.

The love and harmony towards one another are clearly reflected in his whole life and writings.

His commitment towards the country is clearly portrayed in the quoted statement,

And again, “I shall be born in India again.”

His spiritual and religious power helped him to withstand during the days of sufferings.

He was a good educationalist and hence supported associate residence of peace. And he founded the unique university named Santiniketan., an abode of art enthusiasts.

He passed away on 7th August in 1941 in Kolkata unfortunately before seeing India got independence.