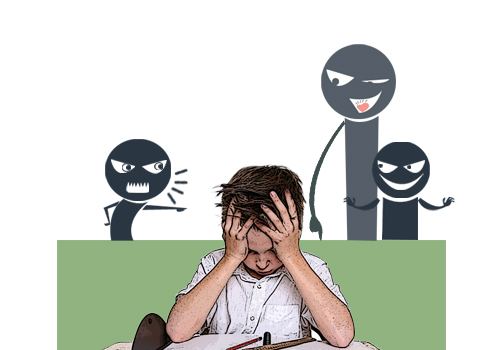 “So, in spite of all this, why are our students confronting such severe issues?” The old woman was quite disturbed. It was the third day of the National conference on ‘Child safety in schools: Issues and Challenges’. The crowd seemed restless and discussed their views on the speaker’s insights. She was right, the old woman. Students confront a lot of physical and psychological issues that are considered trivial in an era of rapid change. The eminent educationalists on the podium kept reiterating the list of troubles that badly affect students – the quality standards, bullying, sexual abuse, untrained teachers, psychological problems and so on.

What do you think?

How can we answer the old woman’s question? The answers to such questions are timeless. Such questions undergo transition with time. Nevertheless, we can’t escape the fact that finding solutions for such concerns is as important as raising them. Now, let’s understand the impact of hardships faced by students. Even though the difficulties encountered by students are numerous we will discuss on a few issues only which really needs attention.

“Child, you’ll never feel any better if the only thing you know is to make your classmate suffer”

Instances of hurt, disappointment and helplessness…Be it physical or emotional, offline or online, bullying has taken varied forms and has been haunting students in serious ways. You will find it really distressing if you go through the statistics of a recent survey conducted by Microsoft.

Now that is really something. Regardless of gender, religion, socioeconomic environment, or sexual orientation, bullying can occur to any student. The consequences of bullying can turn disastrous if the situation is not handled effectively. Therefore it’s very important to consider the severity of bullying within educational institutions in a timely manner.

Sudden shock, instant reactions, discussions, protests and what else! Living in a society where kids are being abused physically has been tormenting our conscience like never before. Beyond small acts of bullying what we hear is sexual abuse of children. Recent examples of child abuse in our country indicate that a large number of children in India are abused sexually at their schools where most cases go unreported.

It is indeed shameful to know that our existing system for protecting the safety of children is effective neither in helping the victims nor punishing the culprits. Don’t you think it’s high time we have expressed our concerns over this issue? Yes, and there is lot more to be done to protect our children from sexual abuse.

“You mean Arjun? No, he is not like that. He is extremely happy with the school environment and never complains”. This is how Piya reacted when someone brought to her notice the changing behavior of her 10 year old son.

In reality she doesn’t know the problems of her child like many other parents. In a highly sophisticated world of changing lifestyle and social media use, parents are not giving enough attention to their children. In many cases, this turns out to be the cause of loneliness and psychological issues in children which causes problems in their education. Many children are struggling amidst chaos where families are torn apart for petty reasons. The effects of such problems make children disinterested in learning and they may be unable to cope with the school environment. So, it’s very important to sort out such behavioral issues to help children learn with a trouble-free mind.

With the increasing work load and heavy curriculum packages, students find it extremely difficult to cope with today’s educational system. One of the major problems associated with the academic performance of students is the lack of support from teachers and school authorities. As we have discussed in our previous newsletter, quality of teachers in schools is a major concern. Click here to read more

Rather than becoming the torch-bearers of students’ successes, teachers lack the initiative in putting out the best in them. The student-teacher relationship which has been considered special and unique years ago is no more the same. Frankly speaking, the emotional connection between students and teachers are very rare these days. This not only adds to the poor performance of students but also lead to other problems that often stay hidden until a severe issue turns viral!

Till now we were discussing the backdrop of problems that compelled the old woman to raise a question like this. You remember the old woman and her question, right? Good. So you also agree that there is a need to find out the reasons behind the issues faced by school children. Is that enough? No. We also need to find out the right solution for tackling such critical issues. So what can be the possible solutions for this problem? Hold back and wait for our next newsletter…