YouTube is an entertainment channel currently owned by Google. The subsidiary channel is a video-sharing service that allows a user to both watch videos and posts videos of their own.

YouTube started off as an entertainment channel, and today it has become a destination for people, both young and old, to watch videos, cartoons, comedy, and music shows, hacks and product usage guides.

YouTube is very popular among adults and children alike. Some of the parents, of children who are allowed to watch YouTube, also complain about the easy accessibility of disturbing content available on the channel.

There is a large quantity of quality content available on the YouTube channel. The channel is inundated with videos on teaching, art and craft, sciences, mathematics and on all possible topics one can think of. 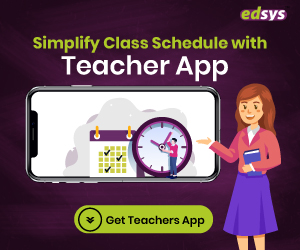 There is a lot to be learned from the matter uploaded on YouTube and if used properly they can be of immense use to enrich one’s knowledge.

Anything and everything can be learned from the tutorials offered. YouTube has aided self-study to a large extent. Do-it-Yourself videos help one to go about tasks without external help.

This saves time and money. Used with discretion, the channel is most educative and informative.

YouTube for children is definitely a risk. It does expose them to sex, violence, and suicide which are age-inappropriate. The internet exposes them to dark themes and adult content. Over time the very popular channels get infiltrated with harmful and dangerous videos and messages.

Children, in all innocence, follow the challenges laid in the messages which will lead to disastrous consequences like murder or suicide. There have been instances of games like Blue Whale challenge which leads the players to even suicide.

Pop up videos and messages appear while watching harmless videos. Their content will be entirely different from the primary video. Normally it leads one to sex or bullying. Bullying messages on the internet have caused untold suffering to ignorant and innocent children.

Pedophiles attract young children with video and audio content. Pedophile rings have been discovered very often on the channel.

Also Read: Sex Education For Teenagers – Everything you need to know

YouTube is rampant with fake videos. Revenue is the goal of most video content makers. More than 50 million viewers for a single video will earn the creator thousands of dollars. Content is comprised when the goal is profit.

Google advocates that it does not allow children below the age of 13 to create an account on YouTube and that they do not collect information from minors. If kids are found to violate this restriction they are banned from the usage of YouTube.

Protecting kids and families is a priority for YouTube. Since YouTube is not for children they have invested in the creation of YouTube kids, an app specially designed for children.

Google has developed a kid-friendly video app called YouTube Kids. Popular content on YouTube for children is cartoons, toy videos, and child-specific clips. These are normally found under the Parenting and Family Section of the YouTube site. If not under parental supervision the child is often tempted to explore forbidden areas.

YouTube does take an aggressive stand against violators. They take steps to keep young children safe. Millions of videos, which suggest predatory behavior, are deleted on a daily basis keeping in mind the usage of YouTube for children. They have blocked comments on children who are vulnerable to predatory behavior.

However, there has been no method to measure the success of YouTube’s effort to protect kids’ interest.

At present YouTube is outweighed by the drawbacks than the positive outcomes. It would be ideal if Google could monitor the quality of the content and its impact on people rather than the quantity and style. This would make YouTube for children much safer to use.

As in every case, there exists an element of risk in the usage of the channel by children. Though parental supervision is said to be a must for children viewing YouTube, in practical 100% supervision may not be possible. 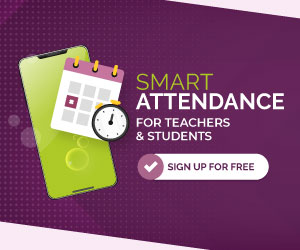 Parents have to vet the sites initially before permitting the children to watch. Parents have to continually monitor the sites. This periodic check will help the parent to have control of the content to a large extent. This again is not a fool-proof method.

Parents should show an interest, discuss and communicate with the wards on what they view and watch. This will ensure a personal responsibility from the child. This will to some extent curtail usage of the internet also. Parents can apprise them of the dos and don’ts and the consequences that arise from their actions. The responsibility of the parent is total.

With everyone putting up videos of inane matters on YouTube and with millions of people viewing them, there is a whole gamut of unsettling matter on the internet. There is no complete way to protect children from the effects of the internet despite parental monitoring.

The word ‘risk’ implies underlying danger which signals caution.  Risk is required in the growth of a child. Risk provides an opportunity to learn. Allowing a child to take risks provides him/her to learn and understand on their own. They develop the skills to do things on their own.

Taking a risk, especially in play, is a challenge to the kid. It gives them a chance to use their full capability and find new ways to go about the situation. Failing in tasks and making mistakes helps them to develop their individuality.

The risk involved in YouTube for children differs. Unrestricted exposure to age-inappropriate content molds juvenile minds in different ways. This manifests in numerous ways at the different stages in the life of the child. Psychological issues and problems in social adaptability are major fallouts of intense internet viewing.

There is great content on the internet for all. But reservations do exist in recommending the usage of YouTube for children. Maintaining the online safety of kids is a daunting task.

Previous Dysgraphia: Everything You Need To Know
Next 21 Best Browser Games for Kids